Hey, I published my first entry a year ago today. That was back when I assumed that scalping (I mean, um, nontraditional ticket reallocation) only meant buying at face value and selling high. Silly me.

Anyway, I'm celebrating a year o' blogging with a short hiatus. I'll be back July 1st. In the meantime, keep counting down to election day.

If youre in Seattle, you should check out Painted Visions from India and Pakistan, Past and Present. Shahzia Sikander is particularly nifty.

It's been too long since I've written an entry with some heft, but I'm still feeling empty-headed, so I'm raiding the filing cabinet. Here's something I wrote way back when - it contains what is, in my estimation, the worst joke I've ever written. First person to identify the joke wins a ghostly visitation from Raymond Chandler and Christopher Marlowe...

FAUSTUS: It was a slow day, a slow day like every other day here in my office. Nothing to do but drink whiskey that curls around my stomach like a snake, and think thoughts that curl around my brain like an even bigger snake - an anaconda, maybe. Sure, Ive been a doctor, Ive been a lawyer. Im even ordained - by one of those two-bit, nickel-n-dime, penny-for-your-thoughts operations that advertise in the back of Playboy - the Church of I Buy It for the Articles. And now Im a dick. A private dick. But it aint enough.

MEPHISTOPHELES: Of course it isnt.

FAUSTUS: I havent seen that much red light since I was on the vice squad. "Who are you?" I said.

MEPHISTOPHELES: Mephistopheles. Why are you still narrating?

MEPHISTOPHELES: Your phone is going to ring.

It does. FAUSTUS answers it.

MEPHISTOPHELES: I can help you with that. Power. Money. Fame. Dames.

FAUSTUS: And what do you want in return? You dont look like the philanthropic type.

MEPHISTOPHELES: You dont have to...if you give me your immortal soul.

MEPHISTOPHELES (producing a contract): No harm in signing, then.

FAUSTUS: What the hell.

MEPHISTOPHELES: Yes. What the hell. FAUSTUS signs the contract. Excellent. Now, your wish is my command.

FAUSTUS: I could use a vacation.

MEPHISTOPHELES (as FAUSTUS clicks through the pictures): There it is, Faustus. The whole world. And its all yours. Everest. The Taj Mahal. Machu Pichu. The Parthenon. Disneyland.

FAUSTUS (whistles): Whos the dame standing next to the six-foot mouse?

MEPHISTOPHELES: You can do better. Faustus, meet Helen of Troy.

FAUSTUS: Helen of Troy. What a knockout. She had a face like a face that could launch a thousand ships. She looked like trouble. The kind of trouble that says to a guy, "Hey pal, come get me."

She kisses him passionately.

FAUSTUS: She was a great kisser. And me without a Trojan.

MEPHISTOPHELES: One more joke like that and youre going straight to hell. I can do it, too. Its in the contract.

FAUSTUS checks the contract and shrugs.

HELEN OF TROY: Come on, Faustus. Remember, youre damned if you do 

MEPHISTOPHELES:  and youre damned if you dont. So you might as well have a little fun in the meantime.

FAUSTUS: Thats where youre wrong, Mephistopheles. (He pulls out a gun.) Your days of Pelopennesian pimping are over. Im bringing you in on vice charges. Youre going downtown.

He disappears in a flash of red light and a quick blackout.

FAUSTUS: Damn. Come on, Helen. Youve got an appointment with a paddy wagon.

HELEN OF TROY: But Faustus, what will I do without you?

HELEN OF TROY (as they exit): You are going to hell if you keep making jokes like that.

FAUSTUS: What can I do? Im a dick. A private dick.

Big chemistry fun from the folks at the University of Leeds.

There's a heat wave in Seattle, so this morning I made iced coffee. I poured boiling water through a small cone filter, and let the extra-strong coffee drip straight into a mug full of ice.

I wonder what kind of complex but tiny weather pattern I destroyed as I lifted off the filter.

:: link ::
Please Excuse Me While I Smash This Cactus

"I have tequila makings at home. I mean margarita. Margarita makings. Triple sec and limes and so on."

:: link ::
Not to Mention the Student Loans

Courtesy Jim via Rebecca, So You Want to Go to Grad School, a great article from the Chronicle of Higher Educations Career Network. 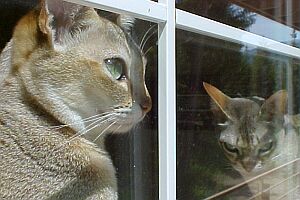 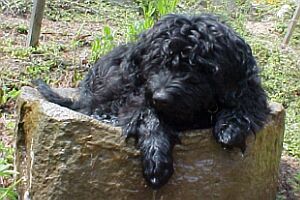 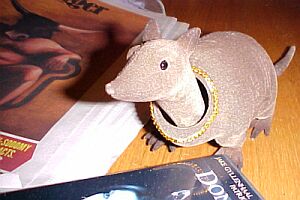 I've spent the last week or so working with my pal Rhonda on a new blog we're calling Countdown to Election Day: 525 Reasons to Dump Bush.

Regular Jane antics will resume in this space tomorrow.